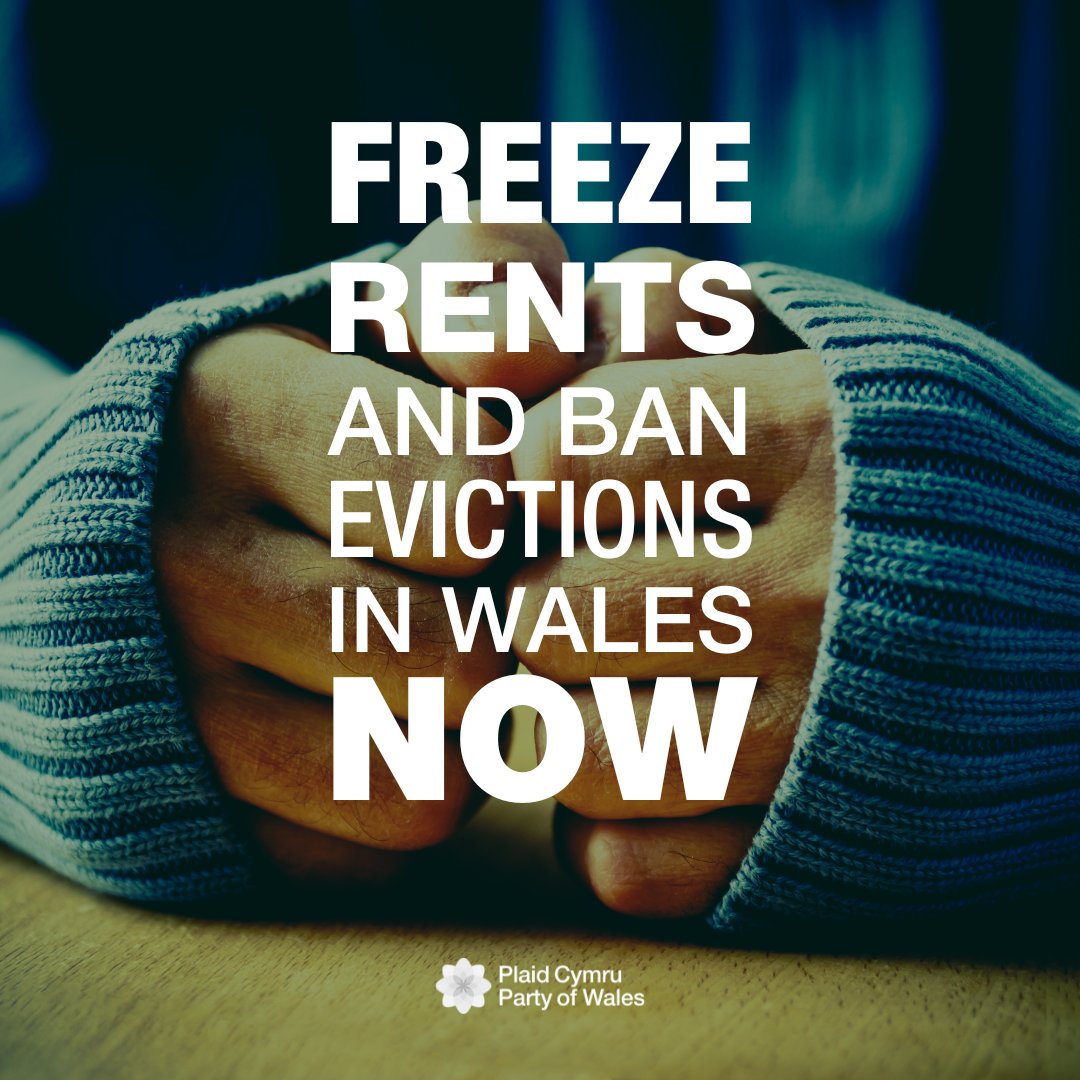 Last week in the Senedd committee for Local Government and Housing, Mr ap Gwynfor called again for a ban on all evictions and for all rents to be frozen until after winter, as has been announced in Scotland.

In response, the Minister responsible for housing, Julie James MS, confirmed she was looking at options and was “actively in contact” with the Scottish Government, however, had not yet reviewed their research.

The announcement from the Scottish Government to freeze rents and ban evictions came on 6 September, and the Scottish measures are expected to remain in place until the end of March 2023.

“The Labour Welsh Government is fiddling while Wales freezes. There’s no sense of urgency, and in the meantime, the cold fingers of winter creep ever closer.

“That work should have been commissioned and completed as soon as possible, and yet we find out that the Welsh Government are still at the stage of gathering evidence.

“Plaid Cymru saw this coming down the tracks and has repeated our calls at every opportunity. Numerous anti-poverty campaigners and charities, including Shelter Cymru, have been calling for this. Scottish Government clearly did their work. Meanwhile, the Labour Welsh Government has been dragging its heels.

“Time is very short, and Welsh Government urgently need to set out their timetable for when action could be taken, because winter will be on us before we know it.”