Let People Have Their Say About the Flooding Disaster 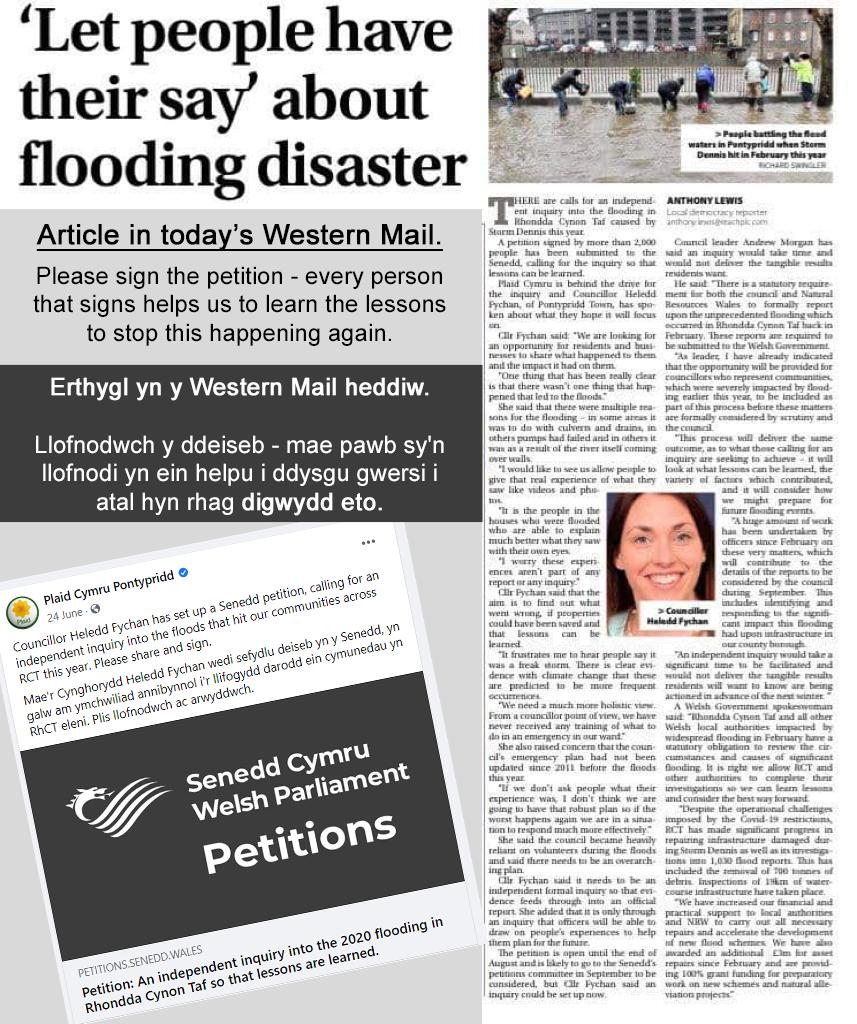 There are calls for an independent inquiry into the flooding in Rhondda Cynon Taf by Storm Dennis this February.

A petition signed by more than 2000 people has been submitted to the Senedd calling for an inquiry so that lessons can be learned.

She said that there were multiple reasons for the flooding - in some areas it was to do with culverts and drains, in others pumps had failed and in others it was a result of the river coming over walls

"I would like to see us allow people to give that real experience fo what they saw like videos and photos."

"it is the people in the hoses who were flooded who are able to explain much better what they saw with their own eyes."

Cllr Fychan said that the aim was to find out what went wrong if properties could have been saved and that lessons can be learned.

"It frustrates me to hear people say it was freak storms. there is clear evidence with climate change that these are predicted to be more frequent."

"We need much more holistic view. From a councillor's point of view, we have never received training of what to do in an emergency in our ward.

she also raised concern that the council's emergency plan had not been updated since 2011 before the floods of this year.

"If we don't ask people what their experience was, I don't think we are going to have a robust plan. so if the worst happens again we are in a situation to respond much more effectively."

She said the council became heavily reliant on volunteers during the floods and said there needs to be an overarching plan.

Cllr Fychan said it needs to be an independent formal inquiry so that evidence feeds through into an official report. She added that it is only through an inquiry that officers will be able to draw on people's experiences to help them plan for the future.

(Originally published in the Western Mail)