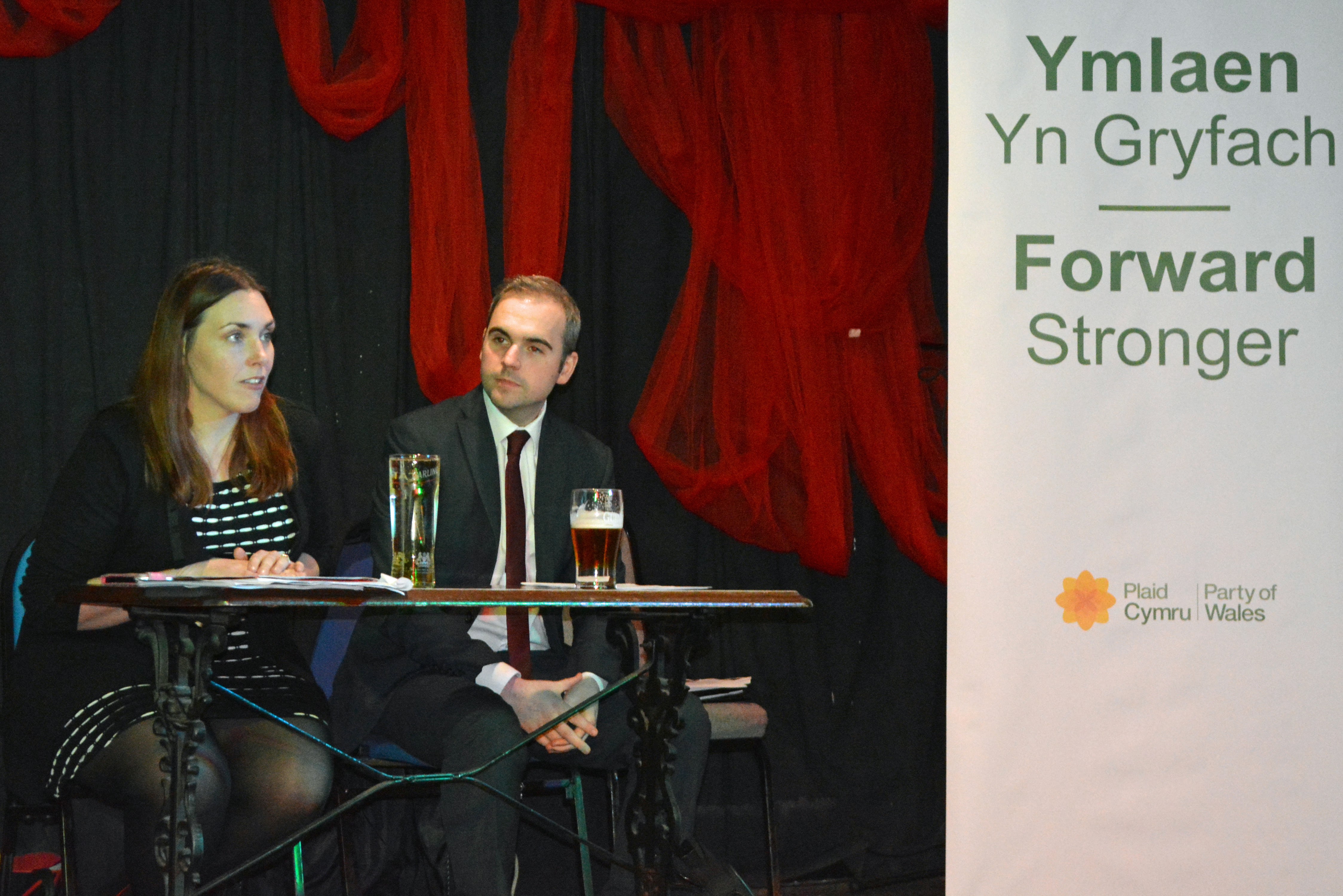 At a public meeting in Pontypridd, Steffan Lewis AM led a discussion on how to get the best deal for Wales following the EU Referendum vote.

On the day Plaid Cymru and the Welsh Government launched a plan to secure the best for Wales during Brexit negotiations, one of Plaid Cymru’s rising stars, Steffan Lewis AM, spoke at a public meeting at Clwb y Bont in Pontypridd.

Mr Lewis is the Shadow Cabinet Secretary for External Affairs, and played an instrumental role as Plaid Cymru's chief negotiator with the Welsh Government to hammer out the proposals which seek to secure the strongest possible Welsh position as to how we leave the European Union.

A key principle is an agreement that both Plaid Cymru and the Welsh Government are in favour of our continued participation in the single market, as well as calling for freedom of movement rules to be linked to whether migrants have a job.

“Since the Brexit vote, it has become apparent that the UK Government didn't have a plan to deal with the result.

"Wales' voice has been sidelined by the Prime Minister, Theresa May, but the publication of the White Paper will hopefully be a game changer.

"It was fascinating to hear the behind the scenes story of how this plan was formed, and the role played by Plaid Cymru in securing the best possible plan for Wales as well as expected next steps.

“Working across the political divides, and with the other devolved nations, we now need to ensure that she hears this clear and constructive plan.”

“Plaid Cymru was disappointed last autumn when the Labour Assembly group voted against a motion we proposed which set out how important it was for Wales that the UK retains membership of the European Single Market.

“We agreed to hold talks with Labour to see if we could reach an agreed position on Brexit that would benefit Wales.

“It’s setting out ideas that are important for the future prosperity of Wales, areas like Rhondda Cynon Taff but also for the UK as a whole.

“This is the start rather than the end of the debate on the UK’s negotiating stance. In contrast to the weak display of Labour under Jeremy Corbyn, Plaid Cymru has acted as an effective opposition and has been happy to work with the Welsh Government in devising a robust Brexit plan aimed at protecting the Welsh national interest.”

This document offers a concise and an ‘as simple as possible’ explanation of the key trade models the UK Government could select following the UK’s exit from the European Union. As this will be decided at a Westminster level, the models outlined will have UK-wide implications. However, we have given particular focus to what they will mean for Wales.