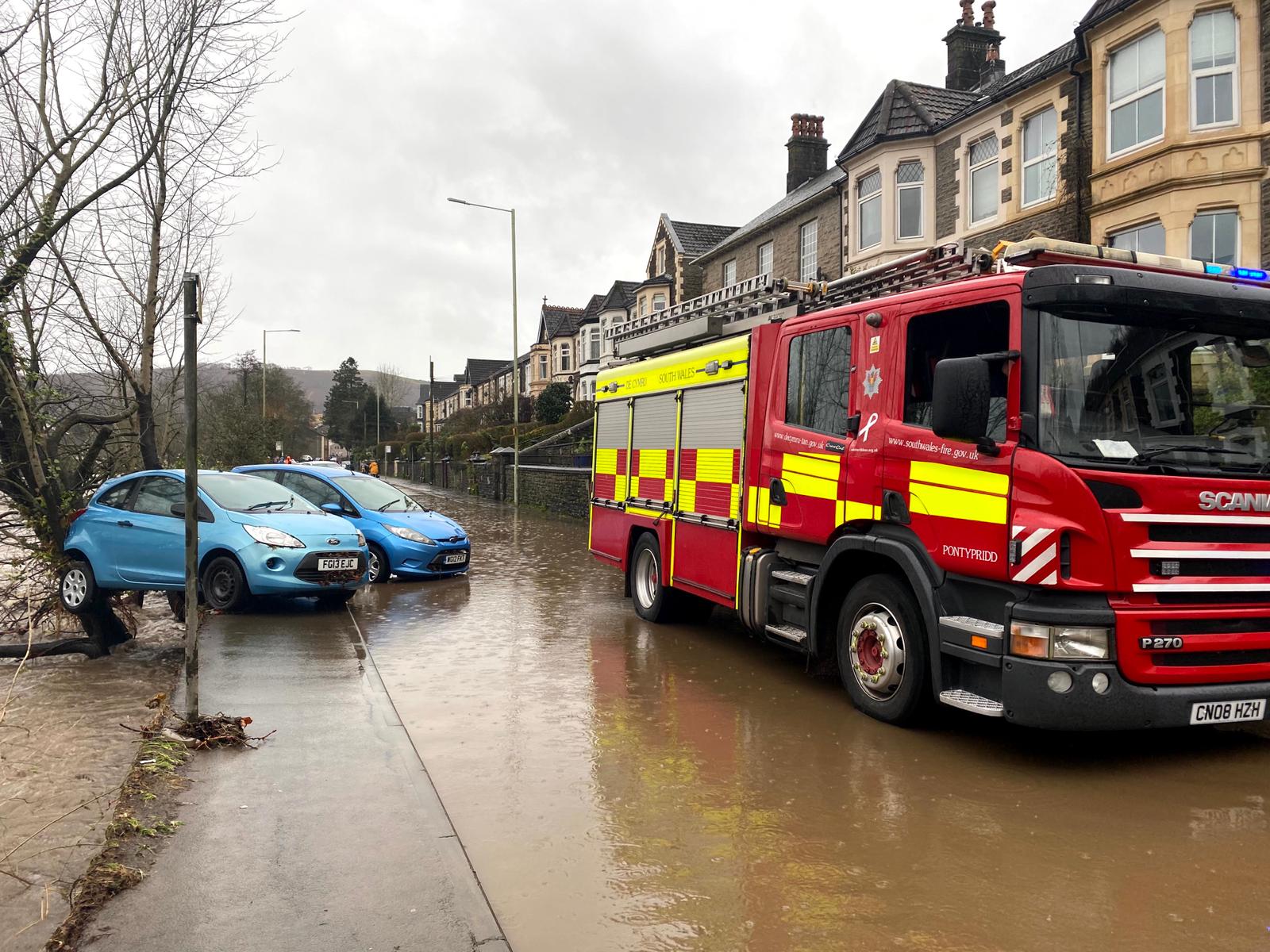 Evidence published in a Plaid Cymru report looking at the devastating impact of flooding in Rhondda Cynon Taf shows 100% support for an independent public inquiry.

Of the 137 people who took part in the ‘2020 Flood Survey Report,’ every single responder wanted an impartial investigation into the events that caused misery across the county borough and beyond. The report also features powerful testimonies drawn from across Rhondda Cynon Taf into the events that devastated people's lives in just a couple of hours. 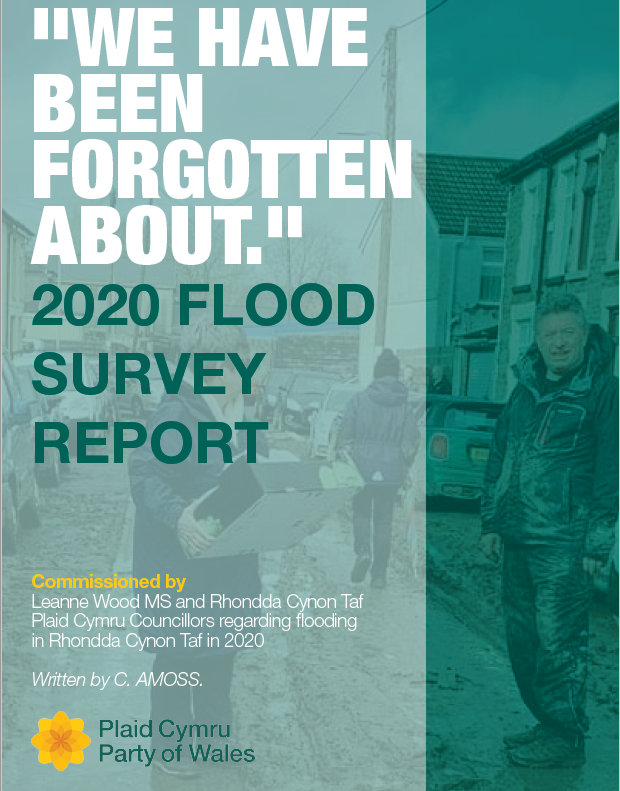 In addition to recommending a public inquiry, the report also calls for increased investment in flood prevention and protection, ensuring compensation is available for flood victims and considering giving responsibility for flooding in Wales to one body.

An independent inquiry into flooding will now be debated this week after just under 6,000 people signed a petition, triggering a process for it to come before the Senedd.

Leanne Wood MS who saw first-hand the devastation the floods caused to various communities across the Rhondda, will take part in the debate.

Leanne said: “This powerful and compelling report shows that whilst people are in agreement that a public inquiry is needed, there is much confusion over the cause or causes of the flooding. Having a multi-agency approach, each with their own different take on what happened and their own agenda, has created a scenario whereby lines of responsibility are blurred.

“A public inquiry would untangle this confusion and get to the heart of what happened and what needs to happen to stand the best chance of preventing it from happening again. This is much needed in the Rhondda as we have seen successive floods this year and they have mainly been in places with no real history of flooding.”

Leanne added: “The Labour position to oppose this inquiry makes no sense. They control the local authority and they control the Government in Wales. They have the power to do something but choose instead to sit on their hands. Meanwhile, in England - where they do not have the power to do anything about it - Labour has called for a public inquiry into flooding there. It is politicking of the worst kind and people can see right through it.

“We have tried to reach out to Labour in order to gain cross-party consensus on behalf of residents, but they don’t want to know.” 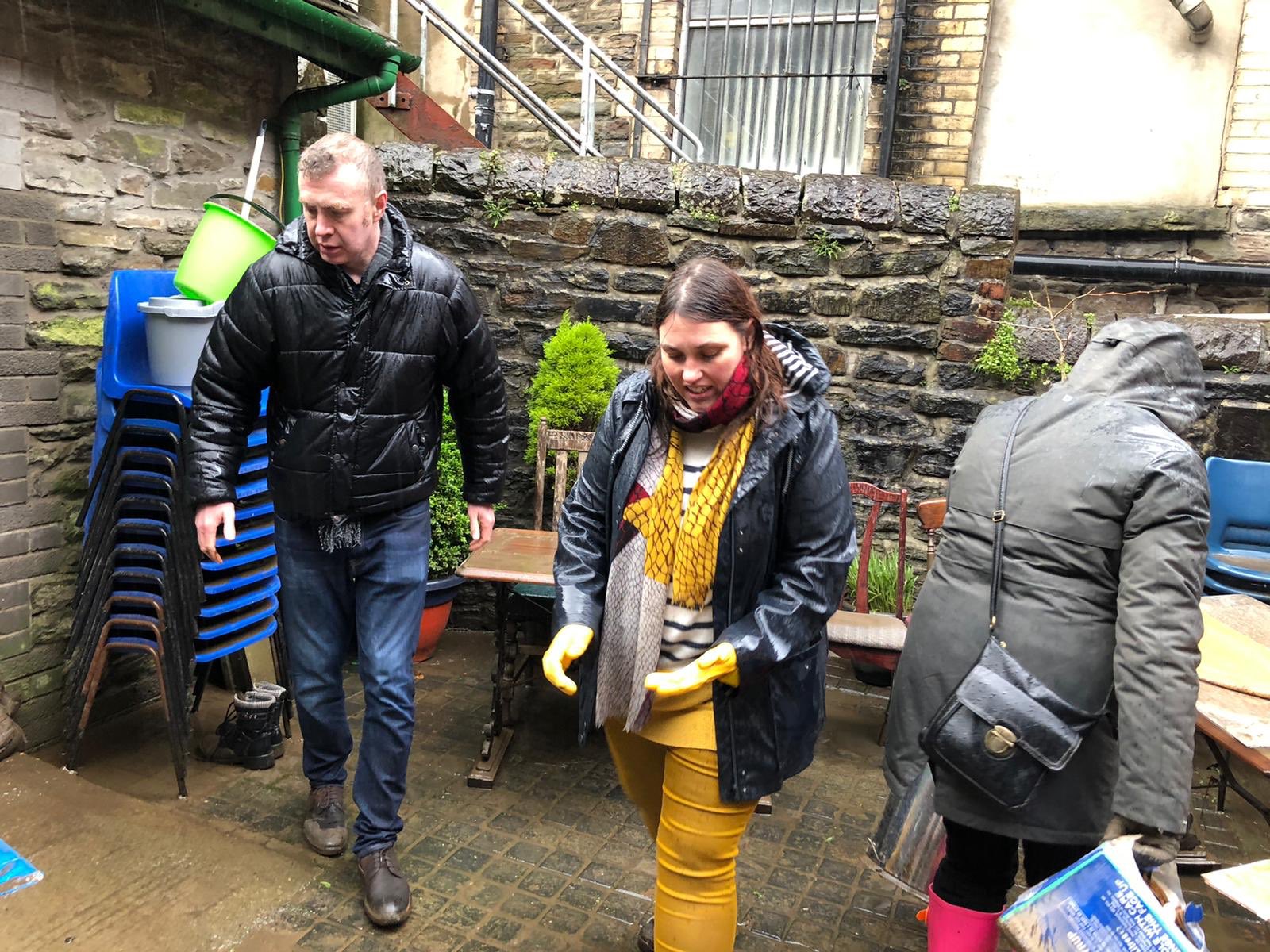 Heledd Fychan, RCT Councillor representing Pontypridd Town Ward and Plaid Cymru's Senedd candidate in Pontypridd instigated the petition. Alongside  her fellow Plaid Cymru Councillors and Leanne, she has been a leading campaigner in the calls for an independent inquiry. Speaking in response to the report, she stated:

"The testimony contained in this report is heart-breaking to read. It clearly shows that lives were shattered by the floods, and that the impact and trauma remain to this day.

“From speaking to many victims, I know that they will not find peace until they receive the answers they deserve, and measures are put in place to safeguard their homes and businesses. Nothing done to date achieves this, and given that extreme weather is far more likely in the future due to the climate crisis, this must be urgently addressed.

“A public inquiry – which has been unanimously backed by people surveyed in this report – is the best way to ensure that the voices and experiences of victims are heard, to help inform how lives, homes and businesses can be safeguarded in the future.

“Labour politicians who have opposed a public inquiry to date should read this report, and urgently reconsider their position. Whilst urgent remedial works continue, it is absolutely essential that we understand what went wrong and why. It is the only way we will secure justice for flood victims and be prepared for any future flooding."